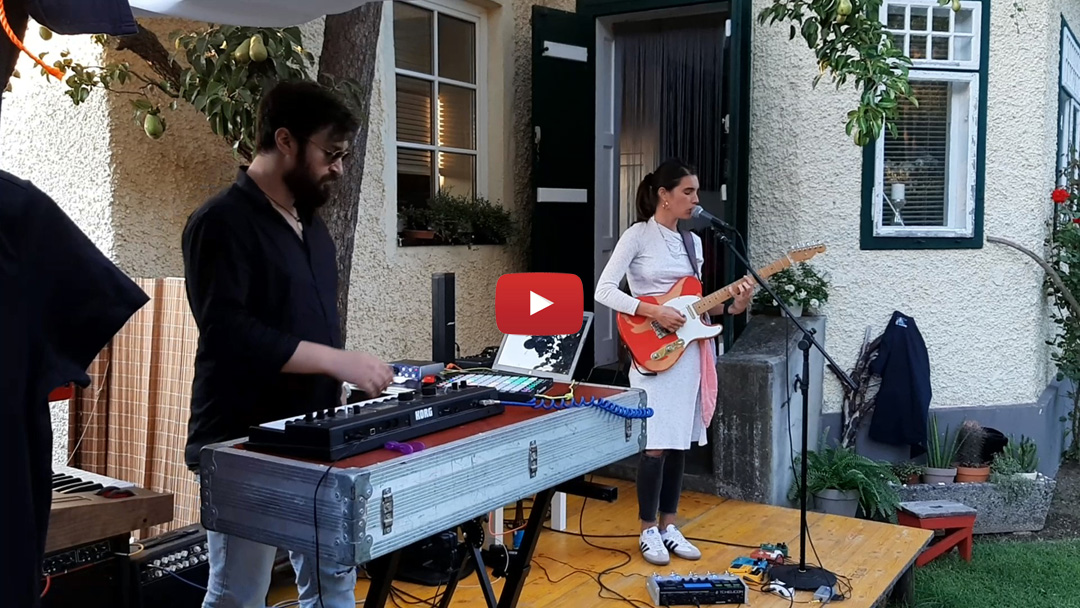 Barbara Munjas is an artist known for being a part of a Croatian famous band „Gustafi“ and as a founder of her own band „Barbari“ where she, for the first time, in 2013, started to write her own music and lyrics.
Amongst the audience, she’s known as a charismatic person and now she finally started performing under her own name. The music she’s playing now is originals with lyrics in English, based in alternative influenced by blues, jazz, indie pop, art rock, soul, funk, ambient, electro…and depending on the song, all or some of those genres are intertwined creating her own sound and style. Her performance comes on electric guitar, accompanied with highly talented musician, and also a producer, Alen Bernobić who, in this picture, plays keyboards and samples although he’s originally a trumpet and a bass player with an academic education background. The two of them are occasionally collaborating in writing music and are playing together since 2009 in various combinations. In this new era of performing under her own name, Barbara released two singles: „Men“ in October 2018 and „Right Place & Right Time“ in April 2019. Although the album is still in the recording process and scheduled to go out in September 2019 they toured all across the Balkans and even played some concerts in Germany and Italy.